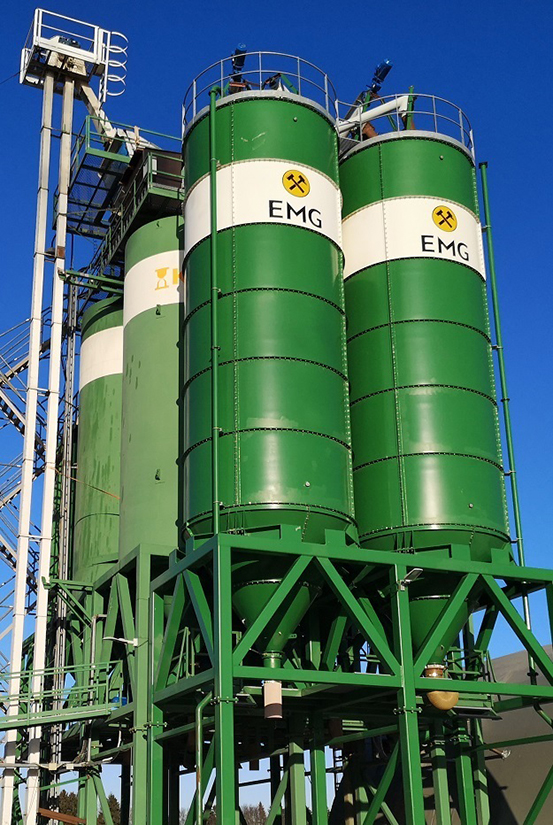 Successful Estonian Company of 2014, 2015 and 2016 – Creditinfo Eesti AS has attributed to EMG Kuiv Liiv OÜ a rating of AAA (“Excellent”) three years in a row. 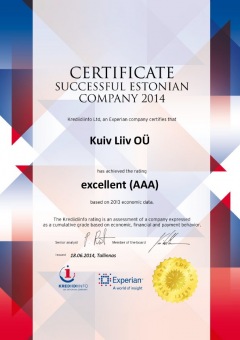 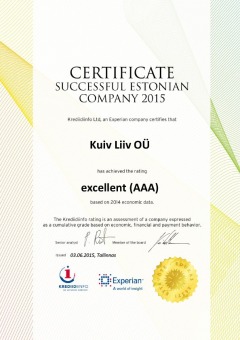 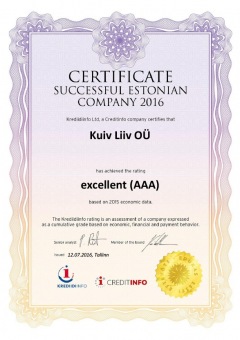 Estonian Gazelle Company of 2014, 2015 and 2016 -gazelle companies have increased their turnover and profits more than 50% during the previous three years; they establish the greatest number of new jobs; they incorporate important qualities of a fast growing company – flexibility, speed, courage. Less than 1% of Estonian companies are gazelles.

EMG Kuiv Liiv OÜ has been founded in 2006, its capital is of Estonian origin, it follows environmental protection principles in its production activities and uses sustainable technology. The owner of the company is parent company EMG Karjäärid OÜ with a 100% holding.

The certification body of Tallinn University of Technology has issued to the company the Factory Production Control Certificate No. 1504-CPD-093/08.